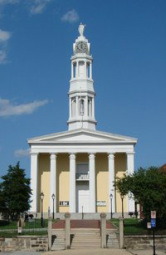 Forensic science is the application of scientific methods and processes to matters that involve crime or the public.  Forensic science has become one of the most important parts of any criminal case. Experts who study evidence collected at a crime scene and who explain their scientific findings to a jury make it possible for juries, in turn, to make good decisions about guilt or innocence.  Regardless of their scientific specialty, all forensic scientists have the same goal: examining evidence from a crime scene using strictly scientific knowledge and principles in order to find facts about a criminal case. Because the outcomes are objective facts, forensic science can be useful to both the prosecution and the defense.  Forensic science concentrates on facts that prove something did or did not happen in a criminal or civil case.  Forensic scientists must concern themselves with science itself and not the crime. To be useful in a court of law, their testimony must be objective, reliable and based only on scientific fact.

''It is a capital mistake to theorize before one has data.  Insensibly one begins to twist facts to suit theories instead of theories to suit facts."        Sherlock Holmes