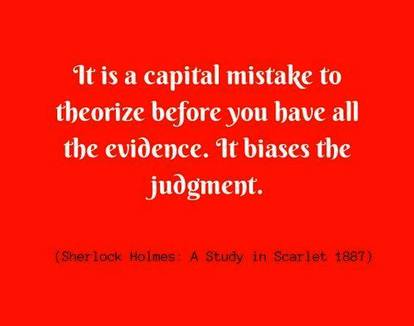 The Defendant was arrested and charged with Uttering a Forged Document. The Defendant maintained his innocence during his entire incarceration.  As part of Discovery, we were provided a copy of the check that was forged, which also had the right thumbprint of the person who produced the check. There were also discrepancies in the handwriting on the check compared to the Defendant's signatures on his Drivers License and his Social Security Card.  We then went to the local jail and obtained the 10-print card of the Defendant from when he was booked into the jail.  A side by side comparison was conducted of the two thumb prints which revealed that the pattern on the check was that of a whorl and the thumb print on the fingerprint card was an ulnar loop.  Once this was brought to the Prosecutor, J.D.'s findings were confirmed with the Examiner from the Sheriff's Office.  The charges were dismissed and the Defendant was released from custody.

The Defendant was arrested for Grand Theft Auto and Violation of Probation from a previous arrest in Tennessee.  The Defendant claimed that he had never been to Tennessee and that he was innocent of the Grand Theft Auto and the VOP.  His arrest record did show that a person by that name and DOB were in fact arrested previously in Sullivan County, Tennessee.  The Defendant, after giving him this information, still stated that it was the wrong person and he demanded a trial date be set.  Contact was made with the Sullivan County Sheriff's Office, who provided the 10-print card of the person with the same name.  Once received, a comparison of the Tennessee prints to those from when he was booked into our local jail was done.  There were 25+ points of comparison on each digit of both hands.  The information was relayed to the Defendant who admitted that he was in fact the same person arrested in Tennessee.  With this new information, the Defendant no longer wanted to take the case to trial but rather entered a plea in exchange for a much lighter prison sentence.

The Defendant was arrested and charged with Aggravated Battery.  The Defendant stated that he was leaving the apartment when he was jumped from behind by the "victim" in the case.  He stated that as they were fighting, the "victim" had the defendant on the ground and was choking him.  The Defendant stated that in his own defense, he reached into his pocket and retrieved a pocket knife and began to fight back, stabbing the "victim" in the arm.  The victim in the case reported that he had been attacked by an known acquaintance.  The victim stated that he was seated on the sofa when the Defendant grabbed him by the arm and slit it with a knife.  He then said that the Defendant put him in a choke hold and slit his arm again, before the Defendant attempted to leave the residence at which time the victim jumped on him and a physical altercation ensued.  The victim further advised that he was getting weak and "laid on the ground, playing dead" until the Defendant left the area.  After the Defendant left, the victim stated that he went back into the apartment to call the police but he collapsed once inside.  Paramedics and Police found the victim on the floor in the living area of the apartment.
In the course of the investigation, photos were taken of the inside of the residence, as well as the parking lot and the sidewalk, outside.  After reviewing the photographs of the bloodstain patterns, J.D. was able to determine that the location of the first sign of blood was in the parking lot as there were cast-off patterns from the bleeding arm of the victim.  The blood trail led back towards the apartment.  There were bloody footprints that also led back towards the apartment and there were also arterial spurts along the walkway and adjoining wall.  The blood trail led back into the apartment where the victim finally collapsed on the floor.
J.D. was called to the stand where he was asked to give testimony as to his opinion of the events that took place.  The analysis and interpretation of the blood evidence showed that the injury did not occur inside the apartment but rather outside in the parking lot, as  originally stated by the Defendant.  The jury found the Defendant Not Guilty of the charge of Aggravated Battery.